Menu
Log in
Register
Install the app
You are using an out of date browser. It may not display this or other websites correctly.
You should upgrade or use an alternative browser.

Developer
QA Admin
Greetings!
This is the changelog of the update released on Map #3 release.
This update contains a ton of changes and additions which we can't wait for you to try out.
(Release at 19th february, 2022 at 8pm CET)

UPDATED WARZONE
The warzone has been refreshed with a lot of island changes, you can find a few of the "new" islands below as a preview to what you will be able to explore tonight.
This was made to make the warzone more interesting again as this is a map now which has not existed on Skybounds in this form factor. 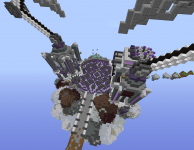 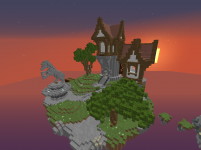 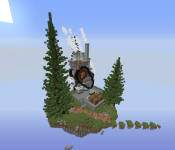 UPDATED KOTH MAP
The KOTH map has been destroyed by nature, it is now invaded with all sorts of plants. Go to the next KOTH event to explore the new map.
Additionally all empty holes on the map have been filled up fixing the issues with ender pearls.

SHOPKEEPERS
Shopkeepers are now added which will finally give public islands a reason to exist.
They can be used to sell items on your island and can be highly customized. Shopkeepers can be bought through The Banker at the market.

NEW AND UPDATED ENCHANTMENTS
The enchants have been fully remade fixing a lot of critical bugs and issues with inconsistent damage.
Additionally we have added a new enchant for mob grinding.
Preview of the Stuffing enchantment
More PvE enchants will follow to increase the grinding on islands.

NEW LOOT TABLES
Loot tables of multiple openables have been remade making them more balanced and worth it.
Remade loot tables:
BOSS EGG CHARGING
Boss Eggs now have to be charged before they can be used in a boss arena. This can be done through the Boss Altar which is located near the markets spawn.
You need to fulfill multiple requirements for your boss egg to be successfully charged, those can be found in the screenshot below.

OTHER NOTABLE BUG FIXES AND CHANGES
We have not finished all of the updates we wanted to do due to lack of time etc.
We hope you will still have fun in the new season, all remaining stuff not implemented in this update on our todo list will be added in updates just like last season.
Thanks to all staff members which have contributed to the maps and loot table changes (Chaos, Meeris, Henni, PMKCrafter, Demenz, BigSchütze, Eni).

Thats all for this update, enjoy!
The Shinybounds management​
D